Few words about our personal bet, the creation of Brazzo di Maina 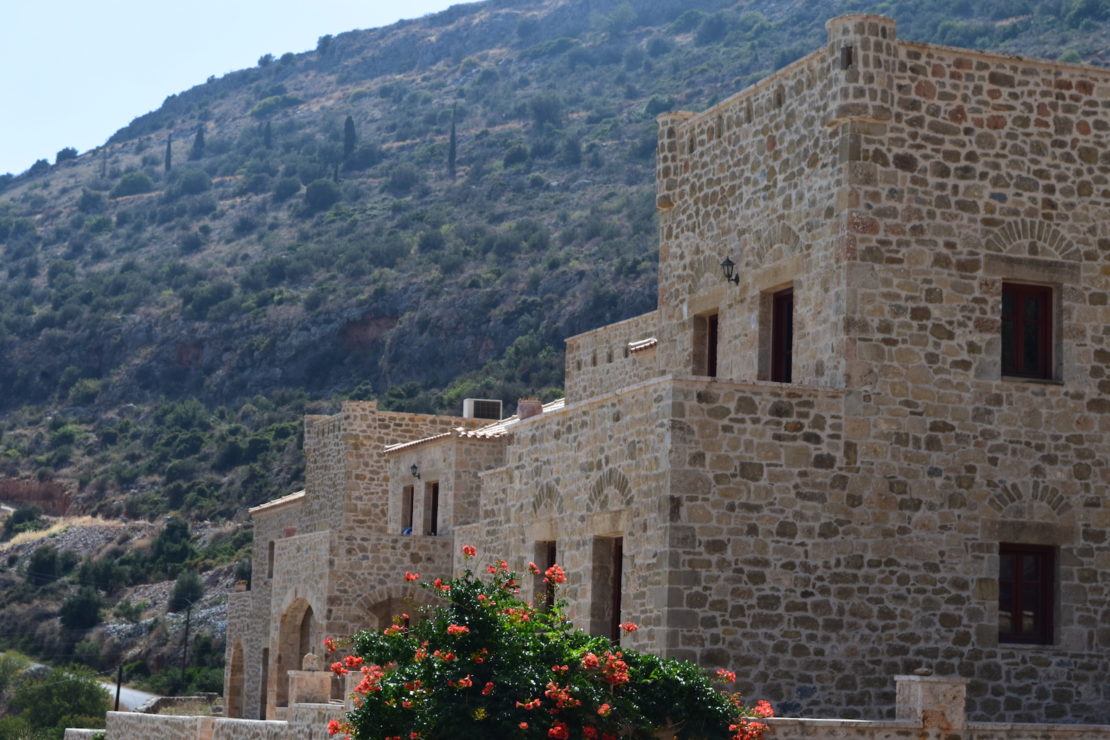 Starting with the revival of the traditional stoned towerhouse and its redefinition as a high standard welcoming acommodation, Brazzo di Maina opened its doors  in 2008, after construction works that lasted four years. Brazzo di Maina was a complex of traditional and cozy suites and it operated for 5 years.

Soon the requirements increased and the upcoming situation in the hospitality industry  wanted the visitor to have more and equal options, both in aesthetics and facilities. And all these created with respect to the surrounding area: the nature and the place, as these are defined by the morhology, the history and the culture.

The renovation of Brazzo di Maina started in 2018 aiming at becoming a modern and welcoming acommodation, which offers a complete experience of relaxation without disorientating the organic relationship of the building with the place. One year later, in April 2019, the brand new stoned Brazzo di Maina was ready to welcome its new visitors by providing unique facilities and high quality services for their enjoyment.

As an integral part of the natural environment and in perfect harmony with the special landscape of Mani,  the tower houses of Brazzo di Maina  are the dominant ones with their simple and imposing architecture. Their loopholes stand out, as they do in any authentic tower house of historical Mani.

No longer as a warning to the coming invaders, but as a reminder to the visitors that they are  in a blessed place with rich history whose traces do not fade through time.

Somewhere between the legend and the reality, there is a history that connects the Medici palaces of Florence with the tower houses of Mani. A mysterious celebration in Itilo of Mani, which year after year, always on Christmas, takes place only by the males of each family. Some wish, some secret which was never revealed more than half a century.

Around 1475, the Turks occupied Greece.

Petros or Pierros Medikos, persecuted by the Turks, found shelter in the remaining corner of Greece, Mani. Due to this, the hereditary noble knight Petros or Pierros Medikos married Anthi, the daughter of the lord of Akra of Tainaros Kontostavlos. But they ambushed and killed Anthi’s husband. She left her father’s house and came in Itilo.

Anthi was pregnant, when she came to Itilo. She gave a birth to a boy and she named him Petros or Pierros Medikos, the name of her murdered huband.

The boy got married with the daughter of the last commander of Mani, Ioannis Paleologos and gave birth to six children to whom they gave the following names:
1) Miheli ή Mihali, 2) Kouro or Kouri , 3) Razelon or Ioanni, 4) Louka or Tsahouta, 5) Gaio or Gato, 6) Zarbano, 7) they as adopted Bazina.

From the all above, come the Mediki, who listen to the following names, located in Greece and abroad.

More than five centuries, on Christmas Day, the ancestors of Medici established the “Great Celebration” in Itilo. Never before wars or other causes prevented the celebration to take place.

It all starts on the day of Christmas, when the Medici go to the church of Taxaiarhes with the flags .

The church mass takes place and there is a talk related to the custom and the memorial prayer for the ancestors and the departed Medici.

After the Church, people went back home of the celebrating brother, having traditional sweets, like dipla, and drinks. After that, the lunch starts and then older one starts dancing. The celebration lasts till the evening hours.

The eternal Secret
Meanwhile, the moment comes when the Medici brothers go and isolate in a special room

What happens or being said in the room, has been kept secret for more than five centuries. Apart from brothers. no one else knows about it.

Medici from Mani are proud that no one dared toreveal the secret either to their mother or to their wife.

Medici in 1977 established the Medici Brotherhood, acquiring a legal form and their own acommodation in Itilo. In this way, they made the fundamentals even stronger in order to continue and maintain the Secret of their ancestors.